The Right to Breathe Freely

I am pretty certain that the Right to Breathe Freely is not enumerated in The Constitution of the United States of America.  I bet you couldn't even stretch the overly-stretched-already Commerce clause to include it.  But, the Congress of The United States has something to say about my ease of aspiriations and has placed certain identification requirements around it.


I do not think my right to draw air should be disenfranchised.  But the Combat Methamphetamine Epidemic Act 2005 mandates that I must show my government-issued photo ID in order to purchase a 12-tablet pack of Sudafed.  My personal data must be sent over the airwaves, entered into a database, co-agitated and correlated, investigated and adjudicated, and if I have comported myself as a law-abiding citizen, I am allowed to fork over my eight bucks for my choice of hay-fever relief and again assert my God-given right to Breathe Freely.

The State of Georgia I think wanted to make sure that you at least approach a modicum of reasonableness in asserting yourself as a citizen (as defined above) and that you comply with lawful age mandates when you go to cast your ballot at your local precinct.  They did that by requiring that you present some form of government issued ID at the polling station as Step 1 in exercising your right to choose (O.C.G.A. § 21-2-417).

Now for me here in Powder Springs, heck, I went to church with the fellow who was serving as the precinct supervisor last week on Super Tuesday.  He has known me for years, and my Momma and Daddy even longer than that.

I didn't get a pass.  Comer still wanted to see my photo ID before I was allowed to cast my ballot for my candidate of choice (and to decide if it was OK to buy a six pack of beer at the Kroger on Sundays).

President Obama's Department of Justice is holding that (in Texas, anyway), requiring you to present a piece of government-issued ID disenfranchises your rights as a voter in a lawful election.  General Holder's argument is that upwards of some 300,000 citizens of Hispanic descent don't have an ID, can't get an ID, and if they could, it would cost them too much money and place too much hardship uponst their ability to exercise their enumerated rights at the ballot box.

I am not of Hispanic lineage.  Maybe that is why I didn't give it a second thought before I got into my car on Super Tuesday to go vote ("Dang, maybe I'll just stay home...I'll have to pull my driver’s license out of my wallet and everything after I get there").  Maybe Hispanic or other legal citizens of non-Caucasian descent think along those lines.  Maybe President Obama's Department of Justice is privy to certain cultural thought patterns that are unknown to the Great Unwashed.

Surely there is some great nugget of Federal governmental wisdom at the bottom of it all.  It certainly could not have the aroma of "politics" in a highly-charged political year, where stories come out almost daily, from Brietbart.com to The Powder Springs Weekly Digest, of blatant voter fraud.


"In with the Good, Out with the Bad" inherent in Breathing Freely mirrors itself in the act of lawful citizens voting in lawful elections.  Here just north of the gnat line, I need an ID to do both and I’m OK with that.
Posted by Dad at 2:50 PM 1 comment: Links to this post

Lessons Learned From a Southern Momma 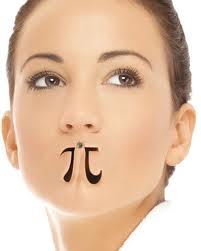 “The Republicans’ refusal to respond to the President’s proposal on jobs is not only disrespectful to him, but to the American people."
The Democratic Leader of The House of Representatives has a personal cultural deficiency.  It ain’t her fault.  If Aunt Nancy was from around here, her Southern Momma would have seen to properly mutating her DNA from about the time she was big enough to sit on the phone book to reach the supper table until that fateful fall morning when she got dropped off at Brumby Hall at UGA:
“If you don’t have anything good to say, keep your pie hole shut”.
Madam Leader, I am one of those “American people”.  I don’t feel one bit disrespected.   Momma also ingrained in me that disrespect, like its opposite, is earned rather than dictated.
Posted by Dad at 10:19 AM No comments: Links to this post 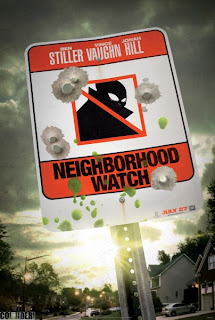 As a Pointy-Haired manager working for a technology firm, like many I have the perk of "working from home".  "Perky" in that the commute is tolerable and the dress-code wide open.  "Not So Perky" as the human desire of having a real conversation while looking someone in their not-over-the-web-cam-eyeballs wells deep and I generally have no way to lance this boil of managerial angst.  Especially since those precious souls on my team span several timezones across several continents.  Surprising perhaps to the peeps under my leadership, I am in fact human and thus have the primordial instinct to be socially connected.
Which prompts me to write about an extraordinary chain of unfolding events that has become a beacon in my otherwise mundane and oatmeal-colored day(s).  About a week and a half ago, I am sitting at my home office which overlooks the street in front of our house.  Noticing a dark SUV with three or four people driving slowly up and down the street, I found it odd that it stops directly in front of the house, the three or four people engaging in seemingly lively conversation, then pulling out cameras and taking snapshots.  Soon enough they drive away, and I have a fleeting thought of "maybe it's the HOA updating the web site or something".

Two days later, the single SUV is replaced by three or four SUV's, and the passengers of said vehicles are walking up and down the street with notebooks and cameras gesticulating wildly, writing furiously, and snapping veraciously. Mostly in the direction of our house.  "OK, this is just too weird", mutter I under my breath, and promptly get out of my desk chair and stride purposely to the front porch.  "These crazies are gonna see that someone is home".  Like I said, primordial juices flow in my veins; "A Man's Home is His Castle" (subject, of course, to the Deed to Secure Debt) and in my bare feet, cut-offs, and tee shirt (it was casual day at the home office that day) felt a need to defend my territory!  After noticing that my presence had the desired effect among the Horde of Hun, I retired back to the salt mines in front of my laptop with a smart semi-slam of the front door.

Five minutes later, a young man and lady from the Hun platoon walk up the front walk, ring the doorbell, and begin with an unexpected introduction:  "Hi, I'm Maria, and this is Tom.  We're from 20th Century Fox and really believe that your house would be the perfect house for the character played by Ben Stiller in his upcoming movie, "Neighborhood Watch".  Can we talk?"

Fast forward to today (after the director Akiva Shaffer and more artsy folk have a follow up visit), and the North Power Springs Estate here has been chosen and we are on an adventure!

I now have a great impulse to go buy a lottery ticket and maybe a share of HP stock.  I mean, what are the odds? Millions of houses in the Atlanta area, and they pick little ole us?  Does good karma have a shelf life?  A shelf half-life?

Would it be appropriate for me to invite my new homeys Ben, Vince and Jonah over for Thursday Family Game Night?  Would it still be OK to have Two Buck Chuck with the Rotel Dip?  Scattergories, or The Game of Things?
Posted by Dad at 9:13 PM 1 comment: Links to this post

Dad
Powder Springs, GA, United States
Just a 50's something guy with an empty nest that now finds time (and a newly discovered passion) to write about "stuff".